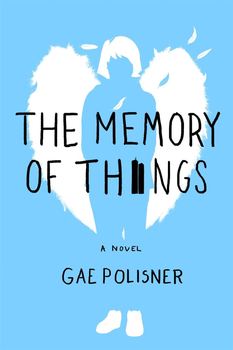 The Memory of Things

On the morning of September 11, 2001, sixteen year old Kyle Donohue watches the first twin tower come down from the window of Stuyvesant High School. Moments later, terrified and fleeing home to safety across the Brooklyn Bridge, he stumbles across a girl perched in the shadows. She is covered in ash and wearing a pair of costume wings. With his mother and sister in California and unable to reach his father, a New York City detective likely on his way to the disaster, Kyle makes the split second decision to bring the girl home. What follows is their story, told in alternating points of view, as Kyle tries to unravel the mystery of the girl so he can return her to her family. But what if the girl has forgotten everything, even her own name? And what if the more Kyle gets to know her, the less he wants her to go home? The Memory of Things tells a stunning story of friendship and first love and of carrying on with our day to day living in the midst of world changing tragedy and unforgettable pain - it tells a story of hope.

The powerful story of two teenagers finding friendship, comfort, and first love in the days following 9/11 as their fractured city tries to put itself back together.