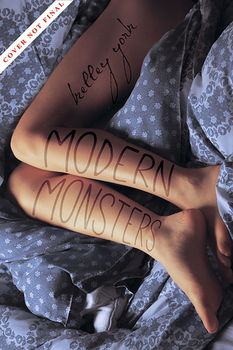 Vic’s always been the awkward, blend-into-the-crowd kind of guy. If not for his best friend dragging him along, Vic never would have been at the party that night. But he was at the party that night, and he did help the passed-out-drunk Callie Wheeler upstairs and into a bedroom. Where he left her to sleep it off.

So when Callie claims Vic raped her that night, the quiet, shy Vic finds himself in a storm of accusations and guilt. He also finds himself reluctantly pairing up with Callie’s best friend, Autumn, to uncover what really happened. As his feelings for Autumn deepen, so does the web of lies surrounding the party. Can Vic clear his name and uncover the truth?

With a mystery perfect for fans of We Were Liars and a tender romance against all odds, Modern Monsters is an intricate web surrounding the events of one party gone bad.