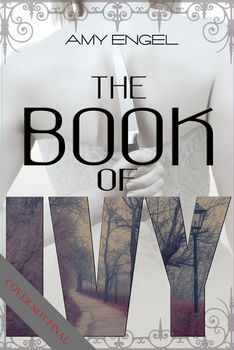 The Book of Ivy

In a future where girls no longer control their own fates, sixteen-year-old Ivy Westfall has the power to give girls back their choices. If she’s willing to commit murder to do it.

After a brutal nuclear war, followed by famine and disease, the United States was left decimated. A small group of survivors eventually banded together, but only after more conflict over who would govern the new nation. Fifty years later, peace and control are maintained by marrying the daughters of the losing side to the sons of the winning group in a yearly ritual. This year, it is Ivy Westfall’s turn to be married. Only her bridegroom is no average boy. He is Bishop Lattimer, the president’s son. And Ivy’s mission is not simply to marry him. Her mission, one she’s been preparing for all her life, is to kill him and restore the Westfall family to power.

But Bishop Lattimer turns out not to be the cruel, heartless boy her family warned her to expect. And as Bishop and Ivy navigate a tentative friendship that evolves into something more, Ivy is torn between loyalty to her family and following her own heart. She is a teenage girl caught in an adult web of manipulation, lies, and the struggle for power. Ultimately, she must decide what sacrifices are worth making for the lives of those she loves.

A fascinating tale of deceit, family, forbidden love, and murder.