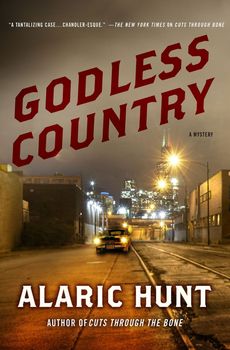 A Guthrie and Vasquez Mystery

Clayton Guthrie is a private fixer for the aristocracy of New York City. His latest job is to protect a Manhattan heiress from a dangerous stalker. He hires retired bodyguard Abraham Swabe to protect her while he runs a trap operation assisted by his young operative, Rachel Vasquez, who juggles her new responsibilities while suffering from the shaky aftereffects of a shootout. Guthrie and Vasquez pursue the stalker across the city, from watching a quiet townhouse on the Upper East Side, to staking out New York University around Tompkins Square, and even crawling through the grimy industrial guts of Brooklyn. Searching for the stalker's hideout, they learn the identity of one of his previous victims. She was murdered, but the killer is still at large. Dark, riveting and hardboiled, Hunt's sequel to Cuts Through Bone is a thrilling mystery, sure to cement his reputation as one of crime fiction's most promising new authors.

In this new PI novel from prisoner-turned-writer Alaric Hunt, Clayton Guthrie and Rachel Vasquez must track a gruesome stalker in New York City.