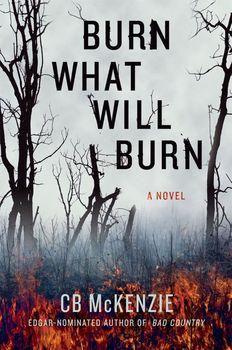 Burn What Will Burn: A Novel

Bob Reynolds doesn't recognise the body in the creek, but he does recognise the danger of it. He's a newcomer to town, not entirely welcome and not entirely on good footing with the sheriff. So far, he's kept his head down, mostly over the bar at the Crow's Nest. But he has other interests than drinking and spending his inheritance, including one that goes by the name Tammy Fay Smith and who may have caught the sheriff's eye as well.

Bob Reynolds would rather pretend he never saw the body, but when it disappears he begins to doubt what little he knew about his secretive town, one that seems to become more unwelcoming by the day. But he can't just forget the body, despite the advice he's given to do so, and despite the evidence to suggest that he might be disappearing along with it.