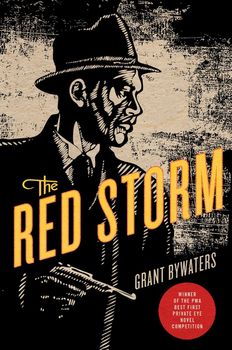 The Red Storm: A Mystery

The Red Storm is the first novel from licensed private investigator-turned-novelist Grant Bywaters, sure to appeal to fans of fellow competition winners Steve Hamilton and Michael Koryta, and lovers of P.I. novels and historical mysteries.

Newly-minted private investigator William Fletcher is having trouble finding clientele. He's not the only man out of work, but his past as a former heavyweight contender with a few shady connections, not to mention the color of his skin in race-obsessed New Orleans isn't helping lure clients to his door. Stuck without any viable alternative, he takes a case from an old criminal acquaintance, Storm. His only client assures him that the job is simple, locate his missing estranged daughter, Zelda, no questions asked.

But when Fletcher starts knocking on doors, he sets off a catastrophic chain of events that turns the city into a bloody battleground between two rival syndicates. Then Storm is murdered and Fletcher finds himself caught between the police and dangerous mobsters. With Zelda's safety in the balance, the unlikely private detective finds himself saddled with a lot more than he bargained for.