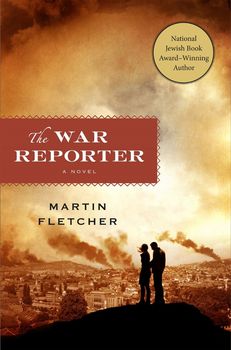 The year is 1994, and Tom Layne, a famous American TV journalist, and his crew are reporting in Sarajevo. Usually Tom is good at avoiding trouble, but this time he and his young cameraman and a ravishing interpreter named Anna get waylaid by rebel forces and bad things happen.

Fifteen years later Layne returns to Bosnia and Serbia to make a documentary on Ratko Mladic, the war criminal who caused the tragedy. Ratko is still in hiding and has become the most wanted man in Europe. Driven by the need for catharsis, Tom and a reluctant Anna team up again to pursue their enemy, who is still protected by Serb fighters.

The closer the journalists get to Ratko, the more his henchmen try to stop them. But they persevere, and as their love grows, Tom and Anna realize they have solved the mystery of why Ratko had never been caught. But will they live to tell the tale?

Winner of a Jewish National Book Award and author of The List and Jacob's Oath, both of which achieved outstanding critical acclaim, NBC Special Correspondent Martin Fletcher delivers another breathtaking tale of love, war, and redemption.

A riveting thriller with a heart-wrenching love story from an author beloved by all, including the Jewish Book Council.