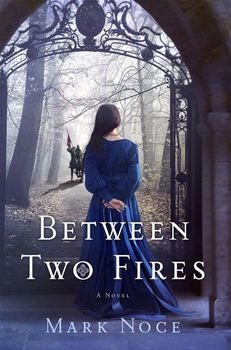 Saxon barbarians threaten to destroy medieval Wales. Lady Branwen becomes Wales' last hope to unite their divided kingdoms when her father betroths her to a powerful Welsh warlord, the Hammer King. But the fledgling alliance is fraught with enemies from within and without as Branwen becomes the target of assassination attempts and courtly intrigue. A young woman in a world of fierce warriors, she seeks to assert her own authority and preserve Wales against the barbarians. But when she falls for a young hedge knight named Artagan, her world threatens to tear itself apart.

Caught between her duty to her people and her love of a man she cannot have, Branwen must choose whether to preserve her royal marriage or to follow her heart. Somehow she must save her people and remain true to herself, before Saxon invaders and a mysterious traitor try to destroy her.

Reminiscent of classics like The Mists of Avalon and A Game of Thrones, and newer popular titles like Hild, Branwen's story combines elements of mystery and romance with Noce's gift for storytelling.

The first in an epic historical series set in Medieval Wales that follows Branwen, a Braveheart like princess, caught between the love for her country and her love of a Robin Hood like prince.