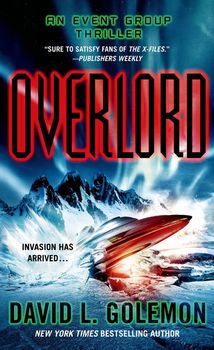 Some speculate that the war between the worlds began 700 million years ago, but the war is now upon us. The plans of a million years are finally ready for what we have always known was coming - Armageddon. The war flares to global brightness when the first alien strike in history hits China.

Only one being in the world can possibly give Earth a fighting chance at survival - a small alien called the Matchstick Man. While the Matchstick Man searches for the real motivation behind the invasion, the Event Group learns that the answer to this war is buried here on earth, and they may even hold the clue to salvation. The fate of the planet depends on a few good men and women in this action-packed thrill ride from New York Times bestselling author David L. Golemon.

In the thriller from New York Times bestselling author David Golemon, the End of Days is upon us - Invasion has begun!