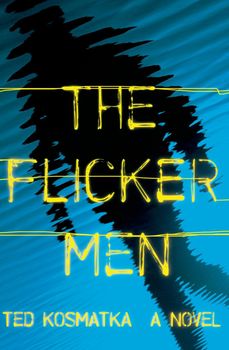 A novel worthy of comparison to works by Michael Crichton and William Gibson, Ted Kosmatka returns with his best and boldest thriller yet. Eric Argus has one last chance. His earlier scientific work—groundbreaking and infamous—jeopardized his reputation and threatened his sanity. But an old university friend hires him at Hansen Research, a Boston laboratory that provides researchers a probationary period of free reign. Argus has a final opportunity to regain his standing and renew his faith in science.

He replicates Feynman's double-slit experiment that famously demonstrated the mysterious dual nature of light and matter. Building upon that work, Argus discovers a staggering and elemental difference between humanity and the rest of the animal kingdom. He proves the existence of the human soul. His findings are celebrated and condemned in equal measure. But no one can predict where the unraveling truth will lead. Soon reports surface of "soulless" individuals, humans seemingly devoid of spiritual substance, known as "the Fated." Who are they? Why are they here? And what happens now that they are known? As Argus seeks answers, a powerful syndicate seeks him, and the race for the truth turns deadly—but for how many?

A scientist shocks the world with proof of the human soul—the discovery ignites a struggle between physics and theology, free will and fate, and reveals more than we were ever meant to know