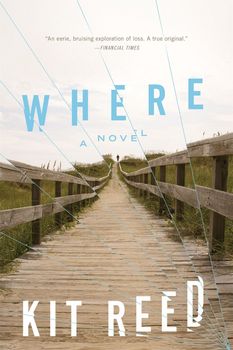 In a coastal town on the Outer Carolina Banks, David Ribault and Merrill Poulnot are at odds, and David wonders if he loves her enough to commit to marriage. When a slick developer, Rawson Steele, arrives in town and starts buying up property, David isn't fooled by his smooth charm and is suspicious of Rawson's seemingly romantic conversations with Merrill.

When David agrees to a 4:30 a.m. meeting with Rawson, he hopes to confront him, but while he waits, the population of Kraven Island, including Steele, vanishes. Something just lifted everybody--Merrill, her fanatical father, and kid brother, and all--out of this space and time and dropped them in a mysterious new place. The question is where.

A spooky, unsettling speculative fiction in which everyone in a contemporary coastal town in the South disappears, taken to another time and place.