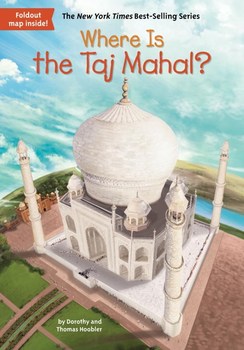 Where Is the Taj Mahal?

The Taj may look like a palace but it’s actually a tomb and a lasting testament to one of the world’s great love stories. In 1612, Mogul emperor Shah Jahan married Mumtaz Mahal. It had been love at first sight and for nineteen years they were so inseparable that Mumtaz even accompanied Shah Jahan to battlefields. When she died suddenly giving birth to their fourteenth child, the emperor set about building a magnificent memorial to his wife. Everything about the Taj was perfectly planned, from the white marble walls that shimmer in the sunlight and sparkle by moonlight to the countless decorative flowers made from precious gems that still astound visitors today. Recent discoveries at the site make this a timely account of a timeless monument.

Learn about the love story behind the creation of one of the most beautiful and famous buildings in the world.