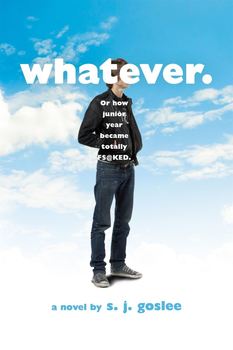 Mike Tate is a normal dude. He and his friends have a crappy band (an excuse to drink cheap beer and rock out to the Lemonheads) and hang out in parking lots doing stupid board tricks. But when Mike's girlfriend Lisa, who knows him better than he does, breaks up with him, he realises he's about to have a major epiphany that will blow his mind. And worse - he gets elected to homecoming court.

It's like the apocalypse came, only instead of nuclear bombs and zombies, Mike gets school participation, gay thoughts, and mother-effin' cheerleaders.

With the free spirit of The Perks of Being a Wallflower, the raw voice of Winger, and characters reminiscent of Freaks & Geeks, this debut YA offers a standout voice and a fresh, modern take on the coming out story.

Hilarity ensues when a slacker teen boy discovers he's gay, in this unforgettably funny YA debut.