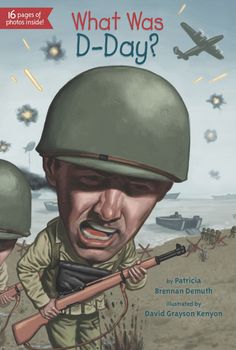 In the early morning hours of June 6, 1944, an armada of 7,000 ships carrying 160,000 Allied troops stormed the beaches of Nazi-occupied France. Up until then the Allied forces had suffered serious defeats, yet D -Day, as the invasion was called, spelled the beginning of the end for Nazi Germany and the Third Reich. Author Patricia Brennan takes readers into the heart of the action and gives an hour-by-hour breakdown of one of the greatest amphibious landings ever. With 80 black-and-white illustrations as well as a 16-page insert of period photos, this is the exciting story of a pivotal moments in WWII history.