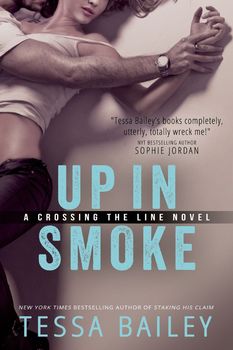 Connor Bannon is supposed to be dead. Dishonorably discharged from the Navy SEALs when his past exploded in his face, he's spent the last two years working as a street enforcer in Brooklyn, New York, for his cousin's crime ring. But thanks to a twist of fate, he's been given a fresh start in Chicago, going undercover to bust criminals. Just like himself.

Erin "she's getting away" O'Dea knows two things. She hates authority. And...nope, that's it. She hates authority. When this beautiful escape artist is forced to operate on the other side of the law, her fear of being confined and controlled roars to the surface. The last thing she expects is Connor, a man who becomes her adversary on sight, to soothe her when she needs it most.

When danger threatens their team from every side, Connor and Erin are thrust into a perilous situation that places one of them in the line of fire. They're forced to admit their feelings, feelings that run true and deep. But will it be too late?

A dishonourably discharged Navy SEAL and a beautiful escape artist find love when they are forced to work undercover together to bust criminals in Chicago.