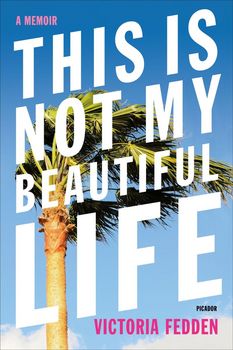 This Is Not My Beautiful Life: A Memoir

When a squad of federal agents burst through her parents’ front door, Victoria Fedden felt ill-prepared to meet them: she was weeks away from her due date and her t-shirt wasn’t long enough to hide her maternity undies. As for the question of how to raise a child when you’ve just discovered that your mother and stepfather have allegedly masterminded a pump-and-dump scheme? She was pretty sure that wasn’t covered in What to Expect When You’re Expecting and she really hoped that Bradford Cohen, the noted criminal defense attorney who famously waived his exemption on The Apprentice, would prove them innocent.

A real-life Arrested Development that could only unfold in Southern Florida, This Is Not My Beautiful Life is a hilariously funny and unexpectedly moving memoir of a just-functional family, and the story of how Victoria lost her parents to prison and nearly lost her mind. Fortunately, she discovered that sanity sometimes lurks in the most unexpected places - even the pre-school drop-off line.

If you think it sucks to live with your parents when you're thirty-six and nine months pregnant, just wait till the DEA comes knocking (with the IRS in tow). Welcome to Victoria Fedden's life.