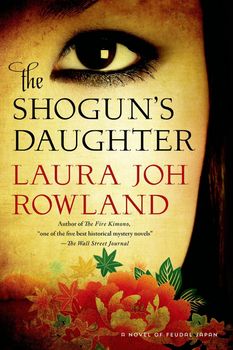 The Shogun's Daughter: A Novel of Feudal Japan

Japan, 1704. In an elegant mansion a young woman named Tsuruhime lies dying of smallpox, attended by her nurse. Incense burns, to banish the evil spirits of disease. After Tsuruhime takes her last breath, the old woman watching from the doorway says, "Who's going to tell the Shogun his daughter is dead?"

The death of the Shogun's daughter has immediate consequences for his regime. There will be no grandchild to inherit the kingdom. Faced with his own mortality and beset by troubles caused by the recent earthquake, he names as his heir Yoshisato, the seventeen-year-old son he only recently discovered was his. Until five months ago, Yoshisato was raised as the illegitimate son of Yanagisawa, the shogun's favorite advisor. Yanagisawa is also the longtime enemy of Sano Ichiro.

Sano doubts that Yoshisato is really the Shogun's son, believing it's more likely a power-play by Yanagisawa. When Sano learns that Tsuruhime's death may have been murder, he sets off on a dangerous investigation that leads to more death and destruction as he struggles to keep his pregnant wife, Reiko, and his son safe. Instead, he and his family become the accused. And this time, they may not survive the day.

The murder of the Shogun's daughter has serious consequences for the regime, and Sano Ichiro must find the culprit or risk the safety of his family.