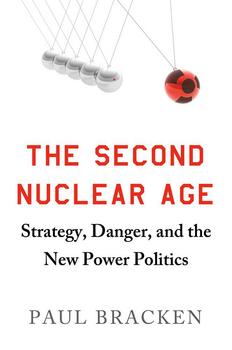 The cold war ended more than two decades ago, and with its end came a reduction in the threat of nuclear weapons—a luxury that we can no longer indulge. It's not just the threat of Iran getting the bomb or North Korea doing something rash; the whole complexion of global power politics is changing because of the reemergence of nuclear weapons as a vital element of statecraft and power politics. In short, we have entered the second nuclear age.

In this provocative and agenda-setting book, Paul Bracken of Yale University argues that we need to pay renewed attention to nuclear weapons and how their presence will transform the way crises develop and escalate. He draws on his years of experience analyzing defense strategy to make the case that the United States needs to start thinking seriously about these issues once again, especially as new countries acquire nuclear capabilities. He walks us through war-game scenarios that are all too realistic, to show how nuclear weapons are changing the calculus of power politics, and he offers an incisive tour of the Middle East, South Asia, and East Asia to underscore how the United States must not allow itself to be unprepared for managing such crises.

Author
Paul Bracken is the author of "Fire in the East "and" The Command and Control of Nuclear Forces." He is a professor of management and political science at Yale University, and was previously a member of the senior staff of the Hudson Institute under Herman Kahn and a consultant to the Rand Corporation. He serves on several Department of Defense advisory boards and works with global multinational corporations on strategy and technology issues. He lives in Connecticut.
Selling Points

Frank in its tone and farsighted in its analysis, The Second Nuclear Age is the essential guide to the new rules of international politics.