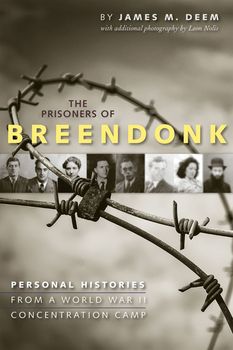 The Prisoners of Breendonk: Personal Histories from a World War II Concentration Camp

Fort Breendonk was built in the early 1900s to protect Antwerp, Belgium, from possible German invasion. Damaged at the start of World War I, it fell into disrepair . . . until the Nazis took it over after their invasion of Belgium in 1940, calling it a "reception" camp for prisoners in transit from one camp to another. It soon became one of most brutal and smallest concentration camps in World War II. About 3,500 prisoners were held there-only about half of them survived. As one prisoner put it, I would prefer to spend nineteen months at Buchenwald than nineteen days at Breendonk.

With access to the camp and its archives and with rare photos and artwork, James M Deem pieces together the story of the camp by telling the stories of its victims-Jews, communists, resistance fighters, and even common criminals-for the first time in an English language publication.

This absorbing and captivating nonfiction account (with never-before-published photographs) offers readers an in-depth anthropological and historical look into the lives of those who suffered and survived Breendonk concentration camp during the Holocaust of World War II.