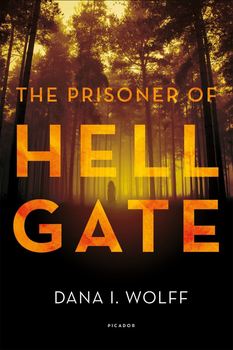 The Prisoner of Hell Gate: A Novel

Karalee Soper, a graduate student at Havermeyer University’s school of public health, grew up hearing tales of her heroic great grandfather, George A. Soper, who tracked down and locked away Irish immigrant cook Mary Mallon - the infamous disease carrier who came to be called Typhoid Mary. So when partying on a pleasure cruise with her closest friends, she finds herself in an area of the East River known as Hell Gate in sight of the long-uninhabited island where Mary languished bitterly for decades and can’t resist the temptation to sneak ashore for a secret visit.

Soon five curious and precocious twentysomethings are wandering among the macabre ruins of abandoned Riverside Hospital. Budding experts on the history of communicable disease, these students think they’ve mastered everything there is to know about Typhoid Mary and North Brother Island. But they don’t know who tends the garden by the crumbling greenhouse. They don’t know about the ghosts of the General Slocum shipwreck. They don’t know the intentions of the hermit woman who offers to cook them dinner. And, worst of all, they know nothing of the sinister history lurking in the DNA of Karalee Soper, who will soon learn to her horror that the real prisoner of Hell Gate is the person she least suspects.

A twisted work of debut literary horror centered on a group of friends who find themselves unwittingly trapped on an island with a vengeful Typhoid Mary.