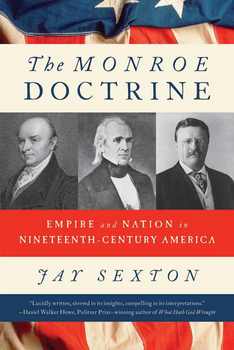 The Monroe Doctrine: Empire and Nation in Nineteenth-century America

President James Monroe’s 1823 message to Congress declaring opposition to European colonization in the Western Hemisphere became the cornerstone of nineteenth-century American statecraft. Monroe’s message proclaimed anticolonial principles, yet it rapidly became the myth and means for subsequent generations of politicians to pursue expansionist foreign policies. Time and again, debates on the key issues of nineteenth- and early-twentieth-century foreign relations—expansion in the 1840s, Civil War diplomacy, the imperialism of 1898, entrance into World War I, and the establishment of the League of Nations—were framed in relation to the Monroe Doctrine. In Jay Sexton’s adroit hands, the Monroe Doctrine provides a new lens through which to view the paradox at the centre of American diplomatic history: the nation’s interdependent traditions of anticolonialism and imperialism.

Previous Titles
The Monroe Doctrine 9780809071913 (hardcover)
Author
Jay Sexton""is University Lecturer in American history at Oxford University. He is the author of many works in the field of foreign relations, including "Debtor Diplomacy: Finance and American Foreign Relations""in the Civil War Era 1837-1873."