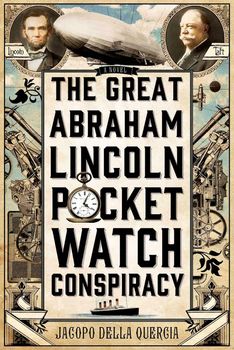 This historical thriller is an equal-parts cocktail of action, adventure, science-fiction and comedy. The book follows a globe-trotting President Taft and Robert Todd Lincoln in a race to solve a mystery stretching back to the Civil War and the Lincoln assassination. Based on true events, readers will find themselves swept into a vast conspiracy spanning four continents and three oceans during the turn of the century. Fascinating technologies will be harnessed, dark secrets revealed, true villains exposed, and some of the most famous figures in history will take the stage. With surprises lurking around every corner, and a vast cast of characters to root for, The Great Abraham Lincoln Pocket Watch Conspiracy is a heart-pounding adventure that only history could have made possible.