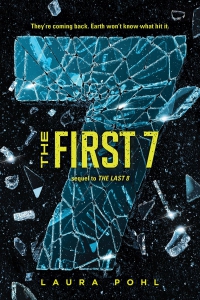 Description
Clover Martinez and the Last Teenagers on Earth are busy exploring the galaxy after leaving earth behind... even if they are homesick. So when their ship receives a distress signal from their former home, they hope against hope that it means that there are other survivors. But as soon as they arrive, they realise something's deeply wrong: strange crystal formations are taking over Earth's soil and threatening to destroy the planet. Seeking the origin of the formations, the group discovers a colony of survivors hidden in the mountains. Relief gives way to panic as the teenagers realize these survivors aren't who they seem... and Clover and her friends might not be able to escape.
Previous Titles
The Last 8 9781492669890 (HB) and 9781492691563 (PB)
Selling Points
In the thrilling conclusion to the Last 8 duology, the Last Teenagers on Earth return home to find a colony of survivors who aren't who they seem.
« Back