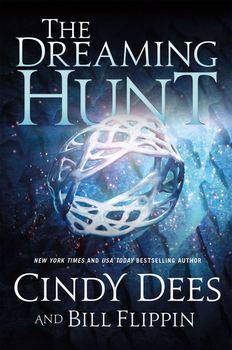 In The Sleeping King our intrepid adventurers found the imprisoned echo of a long lost king on the Dream Plane. He told them how to wake him in the mortal realm: find his lost regalia - crown, ring, sword, shield, and bow and rejoin them with his sleeping body.

In The Dreaming Hunt, the heroes begin their quest. But they've caught the attention of powerful forces determined to stop them. Worse, their visit to the Dream Plane has unleashed chaos, and the fight is spilling over into the mortal realm.

They frantically outrun old enemies and pick up new ones: imperial hunters, a secret cabal of mages, a criminal league, and a changeling army. Are they just pawns in larger political dramas, or are they crystallizing into the nucleus of a rebellion? Can they find the regalia necessary to wake the Sleeping King before they are utterly destroyed?