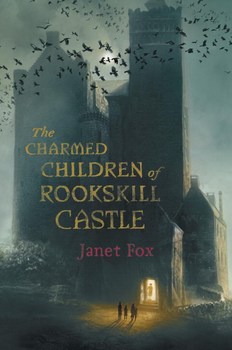 The Charmed Children of Rookskill Castle

Twelve-year-old Katherine Bateson believes in a logical explanation for everything. But even she can’t make sense of the strange goings on at Rookskill Castle, the drafty old Scottish castle-turned-school where she and her siblings have been sent to escape the London Blitz. What’s making those terrifying sounds at night? Why do the castle’s walls seem to have a mind of their own? And why do people keep mysteriously appearing and disappearing?

Kat believes she knows the answer: Lady Eleanor, who rules Rookskill Castle, is harbouring a Nazi spy. But when her classmates begin to vanish, one by one, Kat must face the truth about what the castle actually harbors and what Lady Eleanor is.... before it’s too late.

Would you rather be trapped in a creepy old castle with a ghost or a Nazi spy?