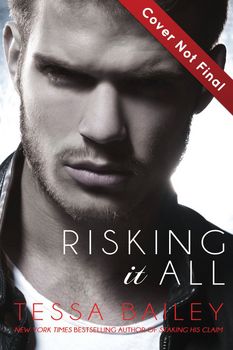 NYPD detective Seraphia Newsom will avenge her brother’s death at any cost. Even if it means insinuating herself into a rough, Brooklyn street gang and going so far undercover, she’s not sure she’ll be able to get out. Every minute she spends in their midst means the clock ticking down on her life, especially when she overhears something that could get her killed.

Bowen Driscol is the heir to a crime enterprise. He never asked for the job, but with his father behind bars, he has no choice but to step in and keep the operation running. But when the NYPD blackmails him with a piece of damning information in exchange for aiding an undercover cop, he finds himself on the other side of the law for the first time in his life.

Bowen knows the danger Sera is in, and keeping her safe trumps saving his own ass. The problem? She can’t know he’s on her side. And there's the matter of the seriously inconvenient heat sparking between them that's incinerating his resistance. But Sera only sees Bowen's past, and men like him are the reason her brother is dead. If they're to get out alive, he'll have to risk exposing the man beneath, and hope to hell he doesn't blow the whole operation in the process.

NYPD detective Seraphia goes undercover to avenge her brother’s murder but ends up in the arms of the heir to a crime enterprise.