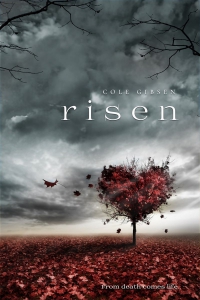 Description
When vampires are at war . . . No one is safe. Charlotte 'Charlie' Houser discovers how vulnerable she is when she searches for her aunt. Drawn into a shadowy world she didn't know existed, is it really surprising to learn her entire life has been a lie? Heck, it's just another “untruth” to add to the list. Right up there with vampires. Because, yeah, they do exist. As the key pawn in the raging war for America’s Heart, Charlotte’s only chance at survival is picking the right ally. But once allegiances are made, the side she chooses may be the one who wants her dead the most.
Previous Titles
LIFE UNAWARE 9781622663965
Selling Points
All the romance of Twilight or Vampire Academy with an emotionally compelling ensemble of characters and a high-stakes plot, Risen is the perfect new vampire obsession.
« Back