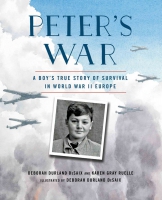 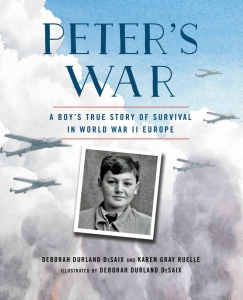 Description
As Hitler overran Europe in the 1930s, Peter Feigl’s family escaped from Germany to Czechoslovakia, then Austria, Belgium, and finally France. They were desperate to stay one step ahead of the Nazis and their concentration camps. But in 1942, when twelve-year-old Peter and his family tried to disappear in the Southern Zone of France, his parents were arrested. Peter was alone, a spirited child coming of age in hiding during the worst war in modern history. This book follows his incredible journey for survival, and his efforts as a secret resistance fighter. Beautifully illustrated in a scrapbook-style format, the text includes source notes, a bibliography, and index. There are personal accounts threaded throughout, thanks to a diary Peter kept, and interviews the authors conducted with him as an adult. Peter’s persistence, documented by a trusted and critically acclaimed nonfiction duo, will inspire young readers.
Selling Points
The harrowing true story of a German-Jewish boy who had to survive World War II on his own, separated from his parents as they fled the Holocaust.
« Back