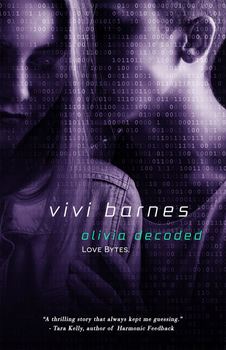 Eight months after Jack left her on her balcony, Liv is now happily settled into life with her grandfather and a senior at the uppity Dalton Academy. When she receives roses and an expensive bracelet on Valentine’s Day, she suspects Jack is behind it. But when the gifts begin getting creepy, she enlists his and Sam’s help to discover who the stalker is.

Jack is busy helping Nancy run the Briarcreek home, which is also now home to the displaced girls of the defunct escort service, including Maggie, his ex-girlfriend. When Nancy tells him someone is hacking into their house accounts and stealing money, Jack puts Micah on duty to discover who’s behind it. He’s shocked when they discover that the hacking is traceable to his computer and that it was used to purchase an expensive bracelet - the same one someone sent to Liv.

Jack and Liv must work together to figure out who is stalking her and setting him up as a thief in his own house and put a stop to it for good.