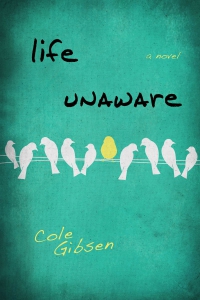 On the surface, seventeen-year-old Reagan Fray appears to have everything. She's popular, Ivy League–bound, and her parents are rich enough to buy her whatever she wants. Behind the scenes, Reagan is a girl with an anxiety disorder struggling to hold the fraying threads of her life together. It takes work to stay on top, and when that fails, Reagan's learned from her politician mother that a little social espionage never hurts. That is, until the day Reagan finds all of her texts and private messages printed out and taped to every locker in her high school.

Finding herself ostracized from her friends and on the receiving end of the bullying she used to dish out, Reagan won't settle into her new role as social pariah without a fight. Determined to get back in with her friends and reclaim her social status before her mother finds out and sends her to boarding school, Reagan has no choice but to team up with outcast Nolan Letner.

But the closer Reagan gets to Nolan, the more she realizes all of her actions have consequences, and her future might be the biggest casualty of all.

In this whip-smart contemporary novel, one girl is about to find out there are consequences to wielding social media like a weapon.