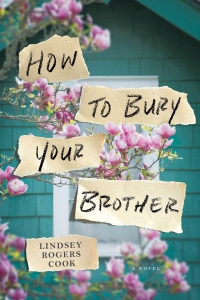 How to Bury Your Brother: A Novel

Description
After Alice's older brother runs away at fifteen, the next she hears of him is that he's dead. Eight years after the funeral, Alice cleans out her childhood home in Georgia only to find her brother's autopsy report showing the many lies behind his death. She also discovers sealed, addressed letters he wrote shortly before he died. In a search for the truth, Alice delivers the letters to his closest friends, lovers, and enemies, each letter daring her to finally open her eyes to her family's dark past and her own role in it. But it's the last letter that takes Alice to her brother's final home in New Orleans, and it will force her to choose if she'll let the secrets break her or finally bring her home. Everything I Never Told You meets The Night Olivia Fell set against a vivid Southern backdrop, How to Bury Your Brother follows a sister coming to terms with the mystery behind her brother's disappearance and death.
Selling Points
Her brother's letters reveal everything - if only he'd written one to her...
« Back