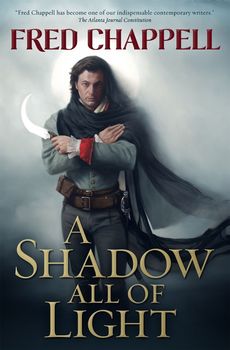 A Shadow All of Light

This stylish, episodic fantasy novel, in the mode of classic Jack Vance, follows the exploits of Falco, a young man from the country, who arrives in the port city of Tardocco with the ambition of becoming an apprentice to a master shadow thief. Maestro Astolfo, whose mysterious powers of observation would rival those of Sherlock Holmes, sees Falco's potential and puts him through a gruelling series of physical lessons and intellectual tests.

Falco's adventures coalesce into one overarching story of con men, monsters, ingenious detection, cats, and pirates. A wry humor leavens this fantastical concoction, and the style is as rich and textured as one would hope for from Chappell, a distinguished poet as well as a World Fantasy Award-winning fantasy writer.

In the province of Tlemia, where human shadows are powerful commodities, an apprentice shadow thief embarks on an extraordinary adventure.